Heart. Invest in IT. 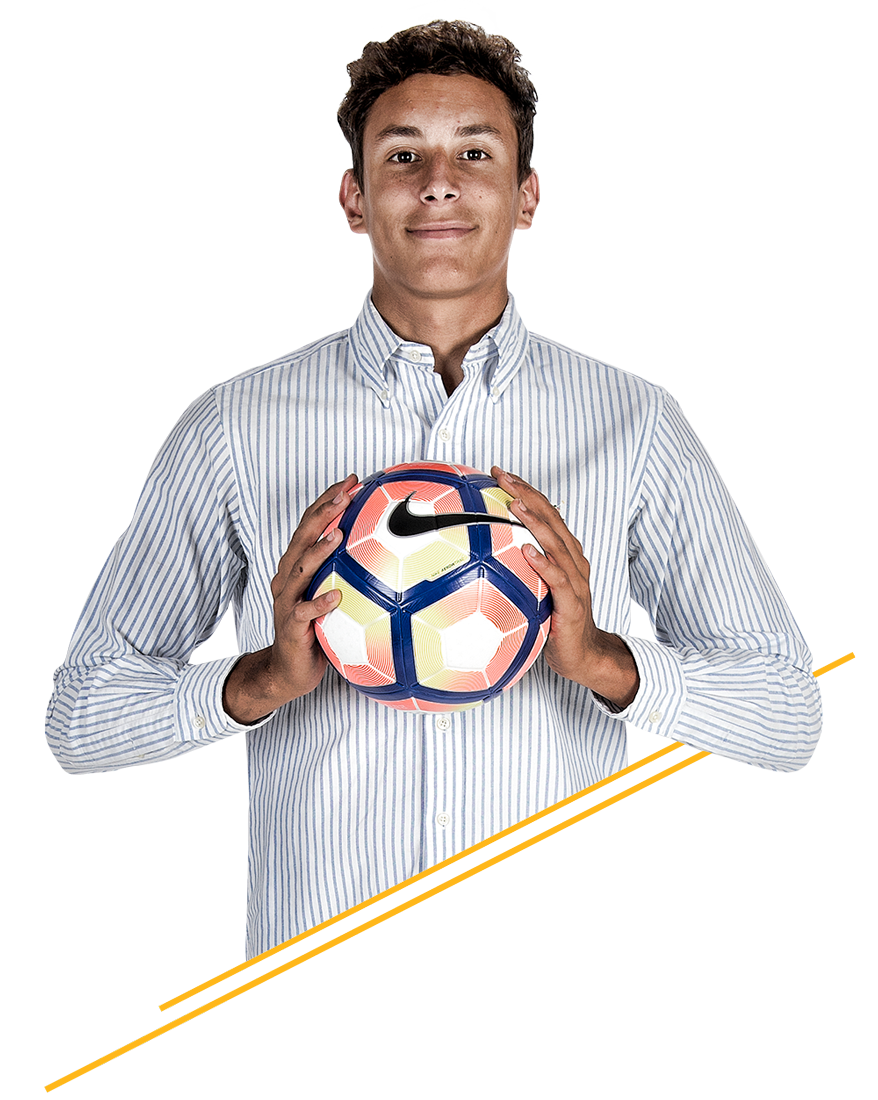 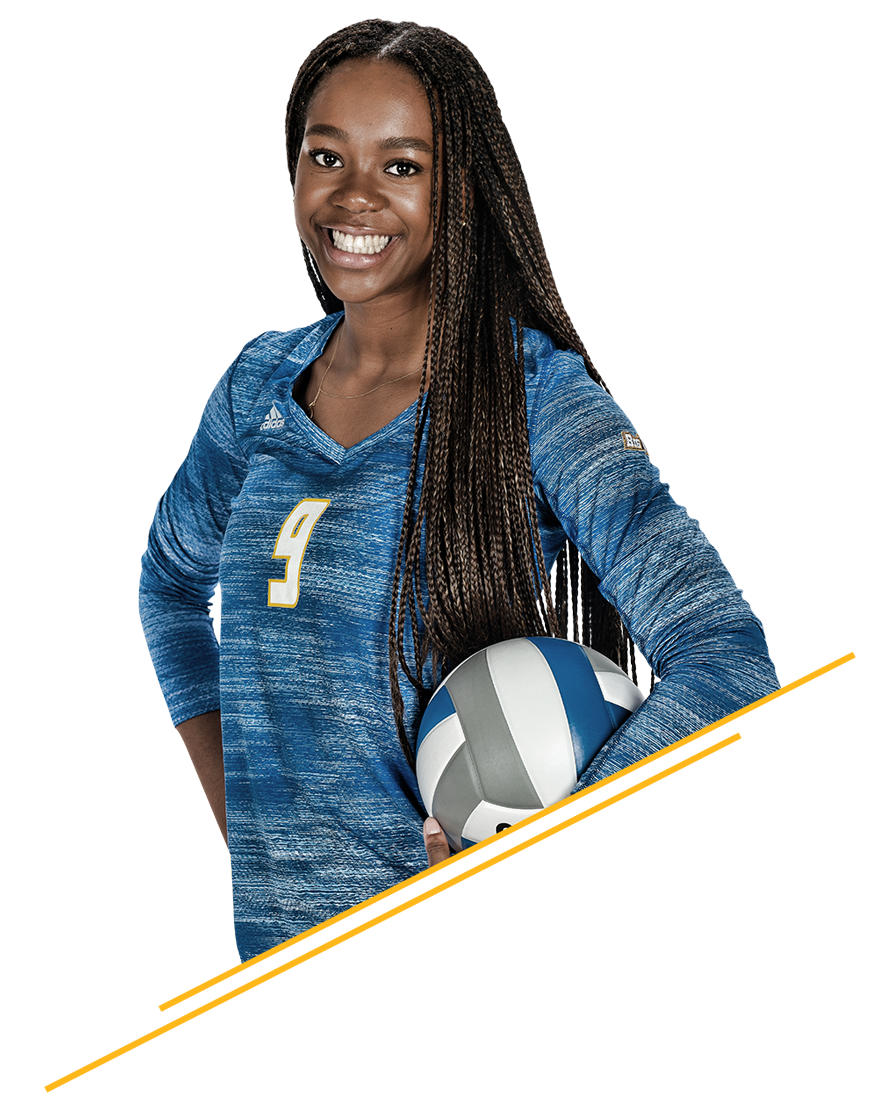 Bieber had one of the most dominant seasons in recent MLB history. He captured the 2020 Triple Crown for pitching, a feat that had not been accomplished since Johan Santana turned the trick for the Minnesota Twins in 2006 and one that no Tribe pitcher had ever accomplished.

The pitching Triple Crown consists of wins, earned run average and strikeouts. Bieber completed the regular season with eight wins, tying Yu Darvish for the most in all of baseball. He also had a 1.63 ERA, better than Trevor Bauer's 1.73, and he recorded 122 strikeouts, 18 more than former National League Cy Young Award winner Jacob deGrom who had 104. Bieber also paced the Major Leagues with 10 quality starts.

The right hander, who led UCSB to the 2016 College World Series, was MLB's best pitcher from start to finish in 2020. He won his first seven decisions, tossed at least 6.0 innings 10 times in 12 starts, and he recorded 10 or ore strikeouts on eight occasions. Bieber also walked a mere 21 batters in his 77.1 innings of work. He set the tone for his tremendous season in his first two starts, wins over the Kansas City Royals and Minnesota Twins, when he hurled 14 shutout innings while striking out 27, walking one and allowing just seven hits.

The Triple Crown was just one more accomplishment Bieber could list on his 2020 résumé. He also became the fastest pitcher to reach 100 strikeouts in a season, doing it in 62.1 innings of work. And, while he had 10 or more strikeouts eight times, he had at least eight in all 12 starts, making it the second-longest streak to start a season. Only Randy Johnson, who began the 2000 season with 15 consecutive games of eight or more whiffs, had a longer streak. Finally, Bieber's strikeout rate of 41.1 percent is also the highest among a qualified starting pitcher in a season.

"I would expect his success to continue," Indians president of baseball operations Chris Antonetti to MLB.com's Mandy Bell. "Which is a really difficult thing to say when you're playing against the best players in the world. The fact that Shane has the ability to continually make those adjustments, and once hitters may determine how he's trying to attack them, the fact that he can make the adjustment and find a different way to succeed is a testament to just how skilled Shane has become as a pitcher."

Bieber is the second pitcher to pitch at UCSB and then go on to win a Cy Young Award. Barry Zito hurled for the Gauchos as a freshman in 1997 and, ultimately, won the American League Cy Young award in 2002.

Ryan Spilborghs didn't think it would take him 18 years to finish his bachelor's degree in sociology from UC Santa Barbara. A stellar outfielder for the Gauchos who went on to spend seven years with the Colorado Rockies, he left campus a few credits shy of his graduation requirements.

It's not like he dropped the ball. His contract with the Rockies included a provision that paid for his remaining college work. He even took courses from the University of Colorado at Boulder after his first season.

"I was really close, and then I realized I was missing a prerequisite, which was a Spanish course," said Spilborghs, a Santa Barbara native.

For a guy whose mother was from Guatemala and who speaks passable Spanish, it should've been no big deal. Baseball and life had other ideas. He couldn't take classes during the season and had a hard time finding courses that fit his schedule.

"So I was kind of between a rock and a hard place trying to get it done," Spilborghs said. "It was really frustrating. And so I ended up taking a year of online Spanish — I won't give away the online school — but it didn't transfer to UCSB."

Ultimately, the Denver resident looked home, and took a year of online Spanish classes through Santa Barbara City College, which literally specializes in courses that satisfy credit requirements at UCSB.

"After 21 years I finally graduated from UC Santa Barbara — from my hometown," he said.

Crossing the finish line at UCSB was so satisfying he enrolled in an online MBA program through the University of Denver. What he'll do with it is an open question, Spilborghs said. He currently works in broadcasting for the Rockies and co-hosts the "Loud Outs" program on SiriusXM.

"Honestly, at this point, I'm not sure what I will use it for," he said. "I think it's OK to not have a plan, you know, like I don't have to have a destination yet; I'm enjoying the journey. So I'll figure out what that means down the road. But right now I'm totally comfortable with just taking the course and seeing where it goes."

It's been quite an adventure for Spilborghs since leaving UCSB. In addition to playing for the Rockies, he did multiple seasons in the minors, played in Mexican winter leagues and finished his career with the Saitama Seibu Lions of Japan's Pacific League.

He was 33 when he walked away from the game. He had a wife and two kids, and it was time to put them first.

When you become a professional baseball player, he said, "your job is to be away from your family. It is to miss out on birthdays and anniversaries. Those are the costs of doing the job, which I love, but that takes a toll and you have to pay for it at some point.

"I noticed that my relationship with my wife and my kids towards the end of my baseball career was really starting to suffer," Spilborghs continued. "It made a lot more sense to step away from the game and focus on being a decent husband and a decent parent. At some point you've got to know when to say when, and what matters most. And so I picked family over baseball."

With a string of achievements in sports and academics, UCSB Athletics enters new era of success

When UC Santa Barbara broke ground recently on the Arnhold Tennis Center, it marked another milestone in the impressive growth and evolution of its athletics department. The last year alone has brought UCSB Intercollegiate Athletics to new heights not only in facilities improvements, but also in student success.

And much of it can be attributed, in part, to donors.

"Philanthropy plays a vital role in the success of our student-athletes and the Athletic Department," said John McCutcheon, director of athletics. "Without the support of our donors, alums and community members we would not be able to accomplish as much as we have. From student-athlete support to facility support, it all plays a major role in our collective success. The donations for student support and scholarships enable our student-athletes to succeed on and off the field, and to succeed at UCSB academically. The facility support allows our department to have a greater presence on the west coast and nationally."

Featuring six new courts, two refurbished courts, a team building with locker rooms, team lounge and storage space, and stands for more than 300 spectators, the tennis center — funded by alumnus and UCSB Foundation Trustee John Arnhold and his wife Jody — will raise the profile of both the men's and women's teams. It is expected to be complete and ready for action by the 2021-2022 season.

Another alumnus and his wife, Jeff and Judy Henley, was among contributors, with Mike Stewart, Jay and Marsha Glazer, behind $3 million in recent enhancements to the Thunderdome Events Center, including new chair back seats and a renovated court. Those upgrades follow the additions of a new videoboard, media room and renovated locker rooms. The improvements, for which $6 million altogether was raised, provide major benefits to the men's and women's basketball, and women's volleyball programs, as well as to the many student activities, concerts and community events hosted in the facility.

"Donor support particularly in this turbulent time is extremely important to maintain the momentum that has been created over the past few years," McCutcheon said. "As an example, the stability that is provided by the Stewart Family Fund for Basketball has been immeasurable and we are extremely grateful to Mike Stewart, Jeff and Judy Henley, and Jay and Marsha Glazer for their vision and commitments.

"All of these facilities will have a huge impact on our student-athletes experience," McCutcheon added of the improvements he described as game changing. "With enhanced facilities, we will be able to recruit a high caliber of student-athlete, have a high level of opponents competing at UC Santa Barbara and deliver an improved fan and community experience at our home events."

That promise is already playing out for UCSB baseball, with the philanthropy-funded installation of lights at Caesar Uyesaka Stadium. A consortium of donors including The Gretler Foundation, The Santa Ynez Band of Chumash Indians Foundation and Julie and Paul Candau in 2018 gifted Athletics with $1.3 million for the project, enabling night games and greater scheduling flexibility, and making the program eligible to host bigger tournaments. Also: what baseball fan doesn't love a night game? The Gauchos played under the lights for the first time in spring 2020, shortly before COVID-19 forced a halt to the season.

The Gretler Foundation has also supported several other areas of Intercollegiate Athletics, including improvements to the Thunderdome and construction of the Arnhold Tennis Center.

Several endowed scholarships were created in 2020, raising more than $500,000 in total to support student-athletes in women's swimming, men's water polo and other programs. These funds are crucial to the mission of the department at large, according to McCutcheon.

Finishing atop the Big West in the Learfield IMG College Director's Cup in 2020, UC Santa Barbara earned the distinction of being "the most athletically successful, non-football school in the country."

But for UCSB Athletics, McCutcheon noted, performance in the classroom is as important as performance on the playing field. The 2019-2020 academic year marked one of their best yet, ending in spring 2020 with a combined team grade point average of 3.46.

"Providing scholarship support to student-athletes who need the aid addresses one of the primary main goals of UCSB Athletics," he said, "helping student-athletes succeed academically and graduate from UC Santa Barbara."